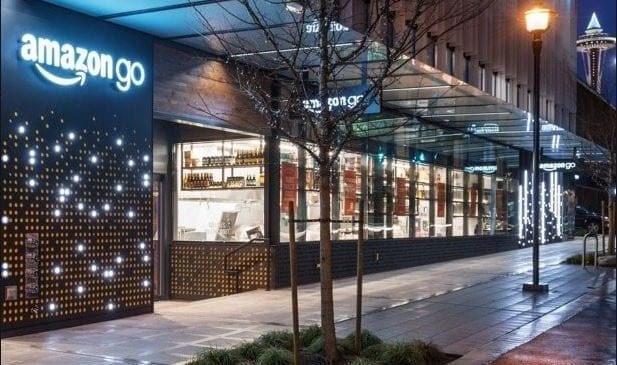 While supermarket chain Jumbo said that free home delivery of groceries is an 'irrational business economic model', competitor Albert Heijn opened the door for an initial experiment with the cashless store. Both signals indicate that supermarkets are struggling with the erratic, spoiled consumer. It is uncertain what the future of supermarkets will look like. It is clear that only the big and smart supers survive in the arena.

The cry for help from Jumbo Supermarkten, through chief financial officer Ton van Veen, was remarkable. In Twinkle Digital Commerce he said unambiguously that free home delivery is not possible. He does not see a solution in the form of paid delivery so quickly. The consumer is used to free delivery by almost all online non-food players. In that context, customers would find it incomprehensible if their own supermarket does not also deliver for free, according to Jumbo's financial man.

The customer has the power

The customer has the power. So there is no other option than to 'absorb' the costs with a nice word. That is, to take for granted and merge into the big picture. According to Van Veen, the top of the profitability of supermarkets has been reached anyway. Costs are increasing, yields are under pressure. Conclusion: "It will not always stay the way it is now." Renew, save costs, smart use of technology and get to know customers through and throughare key preconditions for securing the future of supermarkets.

High costs, meager returns. All supermarkets are struggling with it. One of the most significant cost items is the workforce. That explains why Albert Heijn experiments with the cashless shop. That already happened in a few stores in Amsterdam. There, customers still had to pass their debit card through the scanner. That is no longer necessary in the test shop that opened in Zaandam at the beginning of September, where everything started. Sensors and cameras record what you take (or put back) from which shelf. At the exit you see the final amount that is automatically debited from your account. Albert Heijn emphasizes that the system does not use facial recognition.

The future of supermarkets is 'close to home'

According to Albert Heijn, the concept is especially suitable for temporary mini-supermarkets, at offices, for example, or in new-build neighborhoods. Mobile mini-supermarkets are even being considered, so that customers can 'get their products anywhere'. Does this herald the rebirth of 'the man of the SRV', the mobile supermarkets that arose in 1966 from the cooperation initiative of various wholesalers? That is not inconceivable. In Scandinavia and China, experiments are already underway with 24-hour, self-driving supermarkets, without a cash register, that autonomously drive back and forth between the customer and the warehouse, run on solar energy, and offer the possibility of shopping with a smart app.

This division marks the future of supermarkets

Order groceries online and have them delivered to your home for free or not, or the groceries as close to home as possible, according to the historical niche concept of the SRV, without 'the man', but autonomous and intelligent. In any case, according to strategy and innovation specialist Richard Janssen of Nyenrode Busniness University, supermarkets are facing a fierce battle to survive both on the physical and online market. Current game drivers will have to make strong choices, he recently said in an interview with Emerce. An even sharper division can be provided for specialization (fresh and experience) on the one hand and standardization (high volumes) on the other, to be divided among the larger chains. With some crumbs for a few niche players.

Janssen expects two to three of the existing supermarket chains to remain in the higher segment and will give Jumbo and Albert Heijn the best opportunities. In the lower segment, the cake already seems to be divided, that is where Lidle and Aldi rule. An important condition for success is that the supers continue to invest in them multichannel strategy: direct contacts and experience on the shop floor, with or without a cash register, supplemented with online ordering and delivery convenience, however much this affects the returns, as long as consumers are not inclined to pull their wallets for delivery.

Independent advice for Ecommerce IT solutions.

Send us a message

Scroll up
We use cookies to optimize the user experience. If you continue to use the website, we will assume that you agree.OK