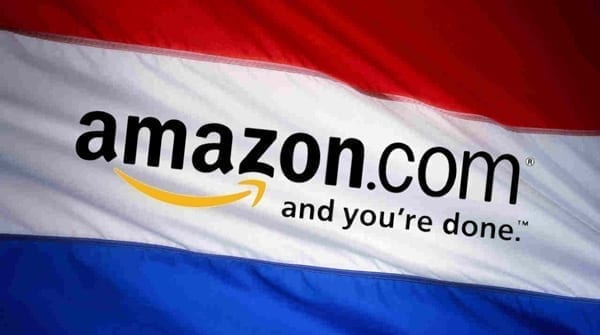 It was already coming, but now seems final. Amazon will launch its total product and service offering in the Netherlands in 2020. The platform recently announced this in 'private' circles. The starting signal will probably already sound in February, although this has not been formally confirmed. Amazon is a formidable competitor in the Netherlands for large Dutch Ecommerce players. For smaller players with unique products, Amazon can actually be a springboard to international markets. There you have powerful product information management tools necessary for.

The Dutch online retailer that will notice the most from the expansion of Amazon's activities in the Netherlands is Bol.com. The group is reportedly already busy expanding its online range with a solid fashion offering to arm itself against the competition of the American online giant. The following applies to the entire Dutch market: Amazon is coming, so you better prepare for it.

Amazon's first steps in the Netherlands made little impression

Amazon in the Netherlands is not new. The group has been present as an online sales channel for e-books and e-readers since 2014. Nobody cared about those first steps back then, because the offer added little and the position of Bol.com was considered untouchable. Amazon.nl did not support iDeal payments, by far the most popular payment method in the Netherlands. The site did not make a strong impression. "How can it ever gain a foothold if it does not adapt a little bit to the Dutch market?" asked Ecommerce News Netherlands in that early year.

That is radically different now, five years later. It buzzes. And that's not for nothing. Amazon is really big. The company's annual sales are in excess of $ 230 billion (2018). Bol.com compares with Calimero with approximately € 2 billion. International producers and brands are more likely to close exclusive deals with Amazon, given the much larger sales area. Amazon has often proven itself in a short time to fight with a wide range, low prices and focus on the customer experience in new countries. And there is already a solid foundation in the Netherlands.

Although 'officially' Amazon is not yet active in the Netherlands with its total range, the Dutch consumer has long since found his way to the Ecommerce giant. It runs via Germany. A new distribution center is also under construction there. In recent years, the German web branch has increasingly translated product categories into Dutch. The app was also translated and Dutch consumers were given access to the Amazon Prime-benefits. Result: With an estimated turnover of € 350 million, Amazon is according to the Twinkle100 currently the sixth largest Ecommerce player in the Netherlands. Bol.com is now the largest, with a turnover of over € 2 Billion, but for how long?

Top 10 players such as Bol.com, Wehkamp, Coolblue and Mediamarkt feel the hot breath of Amazon in the Netherlands in their neck and sharpen the knives. Undoubtedly they will not be easily pushed out of the market. But what does the arrival of the web and tech giant mean for the medium-sized or small webshop? If you offer special products, in a special way and with the use of smart techniques, you do not have much to fear. The battle takes place on a different battlefield. Still, it is wise to prepare for the arrival of Amazon. After all, just like Bol.com, Amazon is also a marketplace, where multifarious companies sell their products and brands. So that offers opportunities.

If you can't beat them…

There is a nice English saying: 'If you can't beat them, join them'. To put it in Dutch: join them if you can't beat them. Although your margins are getting tighter, with the right Omni-Channel strategy you can significantly increase your sales area. If your sales market is limited to the Dutch borders via Bol.com, Amazon.nl will allow you to do business worldwide.

You can hook up to more than twenty product categories and even open your own webshop. You reach millions of people in one fell swoop. Does this fit into your strategy? And if so, are you ready? Does your existing platform offer the right connectivity and do you have good IT tools to quickly realize multilingual product feeds and update your product information? What other tools are there to strengthen your cross-border activities? Advice on Marketplaces is always close by.

Independent advice for Ecommerce IT solutions.

Getting to know eachother?

Send us a message

Scroll up
We use cookies to optimize the user experience. If you continue to use the website, we will assume that you agree.OK